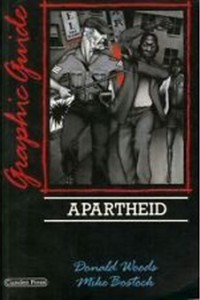 An illustrated introduction and over-view of south african apartheid. From its roots in european settler culture, to the openly racist policies of the late 1800s, fascist influences in the 1920s-1930s and the eventual rise to power of the apartheid power structure. Including groups who opposed it every step of the way. Written before the fall of Apartheid in 1994.