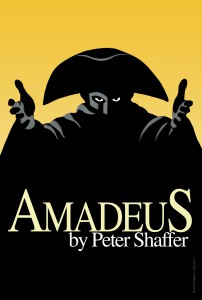 As a youth Salieri makes a deal with god that if god will make him a great composer, Salieri will lead a chaste life and devote his greatest works to him. Salieri finds success and even a place as a court composer in the Imperial court. Yet everything is ruined with the arrival of Amadeus Mozart. Mozart is young, impulsive, rude, irreverent and obsessed with the scatological. Mozart – without even trying – quickly surpasses Salieri, which Salieri can only interpret as god reneging on their deal. Why would god give me the ability to known sublime music when I hear it, but not to make it myself? Salieri wonders. The only reason would be that god is mocking him, and Salieri must now get his revenge against god by destroying god’s instrument, Mozart.